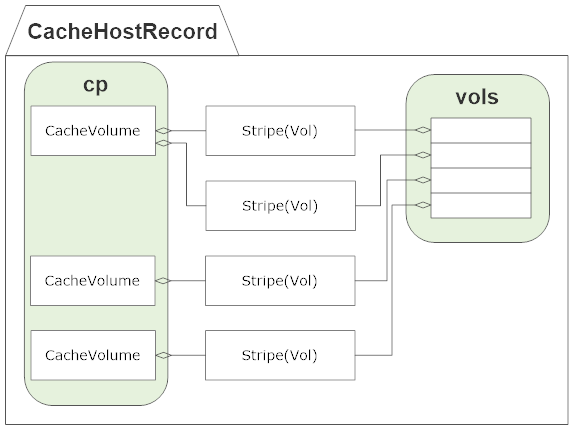 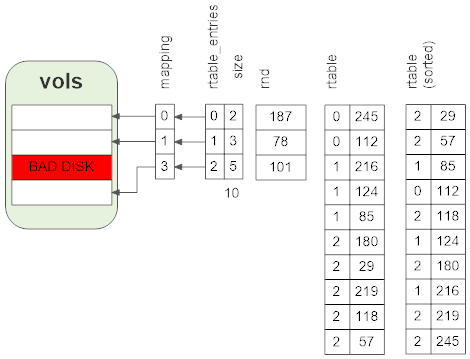 In this example the total size of the stripes is 10 and an 8 bit pseudo random number generator is used.¶ 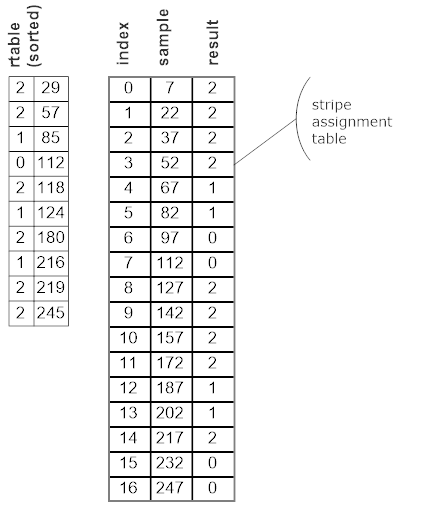 The stripe for that section (assignment slot) is the first node at or past the sample value. This can be seen as the arrow color in the previous figure. This provides a reasonably proportioned to size assignment of slots to stripes. It is also a consistent hash in that if a stripe is removed, the recomputation will tend to distribute assignments for the missing stripe across the other stripes in proportion to their sizes while not changing the assignment of any slot not assigned to the missing stripe. In essence for each sample point (assignment slot) a permuation of the stripes is implied by the order of the random value nodes past that sample point. The randomization serves to spread re-assigned slots to various stripes instead of a single one.

Work is under way on extending this to include objects that are in the memory cache.

This linked list is mostly ignored in later processing, causing all but one file or directory storage units on the same device to be ignored. See TS-1869.